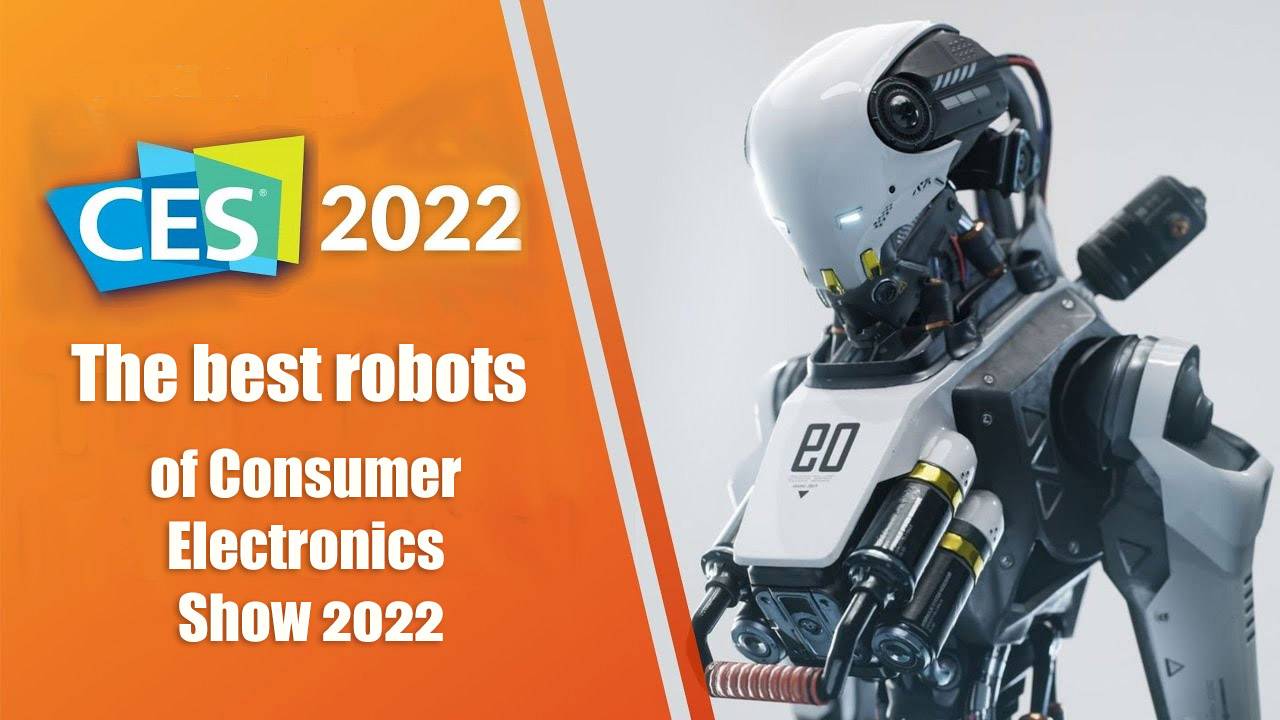 Welcome to this year's Consumer Electronics Show where we review and test the team's favorite robots from the show!

This year's CES 2022 was nothing short of eventful, with a plethora of new technologies and concepts showcased. Since last year's event was held virtually due to the ever-increasing number of cases of the pandemic, this edition of CES is being held both virtually and in person, and we are very happy.

From medical assistants, portable electric wheelchairs and massage robots to self-driving cars and augmented reality, we have carefully selected the best robots below that caught our attention the most!

Now, if you've been surfing the Internet for quite some time and have a passion for robotics, you may have seen Ameca. This humanoid robot, able to draw attention with its hyper-realistic facial expression, was spotted at this year's Consumer Electronics Show. And it's as impressive as it is scary!

SkyDrive continues this list with its stunning introduction to the compact aircraft, in other words, the future of personal air travel.

It has eight horizontal rotors and looks more like a giant drone than a human-carrying aircraft, but as we've seen over and over again, innovation never ceases to amaze us. Now, note that its maximum flight time is 10 minutes, so while it may not satisfy your desire to leave the country, it can certainly help you avoid taxi lines and daytime traffic one day.

Now we can't get past this beomni humanoid robot. Beomni 1.0 is an artificial intelligence robot created by an American firm beyond imagination.

Its purpose is to primarily help people with a wide range of roles, from medical services to manufacturing tasks, farming jobs, and eventually space construction.

Tractor robots can head to your nearest farm with this latest John Deere innovation, ready to help farmers around the world deal with labor shortages, climate change and environmental protection as they struggle to feed our growing world population.

The first is the Samsung Bot interactive robot. Using balance control technology, it moves realistically like any other living being with realistic movements. Offers support when he is near his user and manages many tasks when he is not.

The second robot they proposed is called Samsung Bot Handy. This robot will help with any housework using manipulation technology that allows the robot to recognize objects in the house and pick them up for you.

Offering over 1,000 different drink combinations and a patisserie shelf, this coffee shop initiative is designed to help address the labor issues many coffee shops face, as well as reduce waiting times and long lines. Not only is it “completely autonomous, accurate and intelligent,” according to Yummy Future, but it also supports cloud computing, artificial intelligence, the Internet of Things, and the ability to update over the air.

What awaits us in the future?

Now that this year's annual mass has officially come to an end, we can't help but wonder... What's in store for CES 2023? Comment below and join our community!

Your article has answered the question I was wondering about! I would like to write a thesis on this subject, but I would like you to give your opinion once :D totosite

This is very interesting, You are a very skilled blogger. I've joined your rss feed and look forward to seeking more of your wonderful <a href="https://evo-casino24.com/">바카라사이트추천</a>. Also, I have shared your website in my social networks!

Good day, "Owner" I was quite impressed by your article, "THE BEST ROBOTS OF CONSUMER ELECTRONICS SHOW CES 2022." I can't tell you how much I enjoy reading it, and I know that what you've written here is original. My other job is as a travel writer who shares information about places and trips.

Spot on with this write-up, I honestly believe this web site needs a great deal more attention. I’ll probably be returning to read more, thanks for the advice! <a href="https://totoblogs.com/" target="_blank">메이저사이트</a>

Attractive section of content. I just stumbled upon your website and in accession capital to assert that I get in fact enjoyed account your blog posts. https://totomeoktwiblog.com/

Very great post. I just stumbled upon your blog and wanted to say that I’ve truly enjoyed browsing your blog posts. After all I’ll be subscribing in your rss feed and I am hoping you write once more very soon! [url=https://totomeoktwiblog.com/]메이저사이트</a>