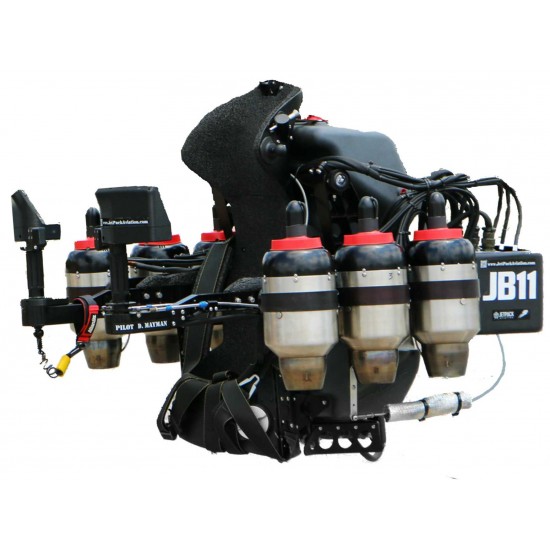 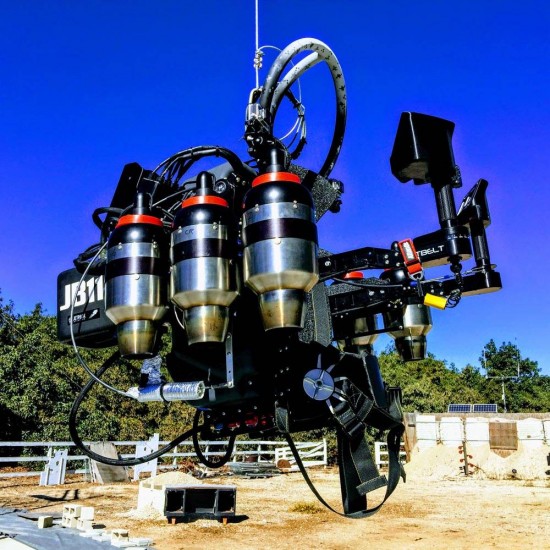 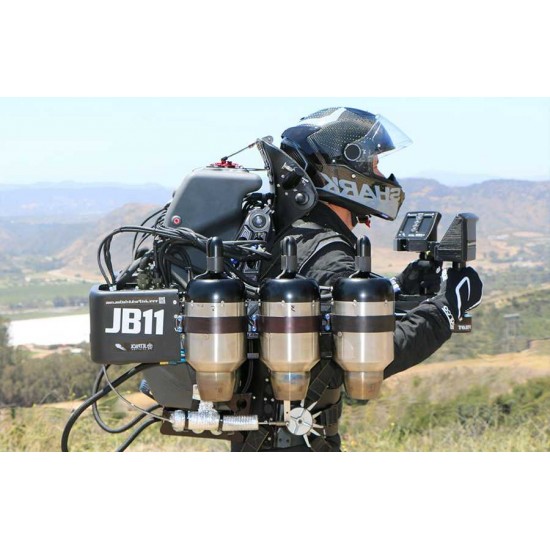 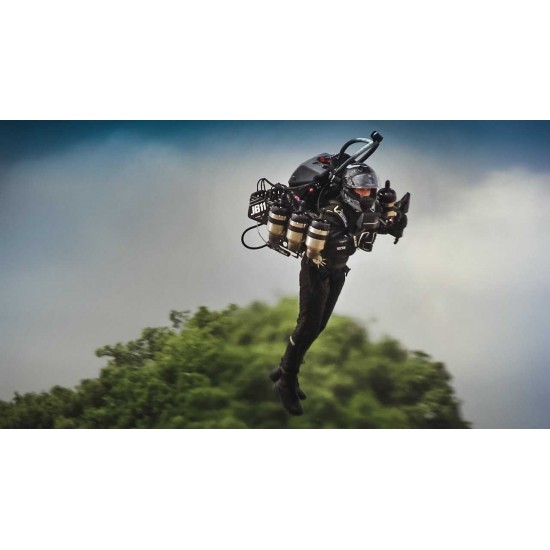 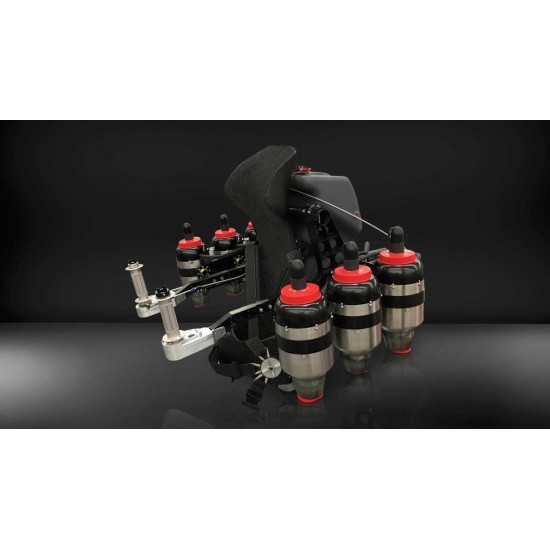 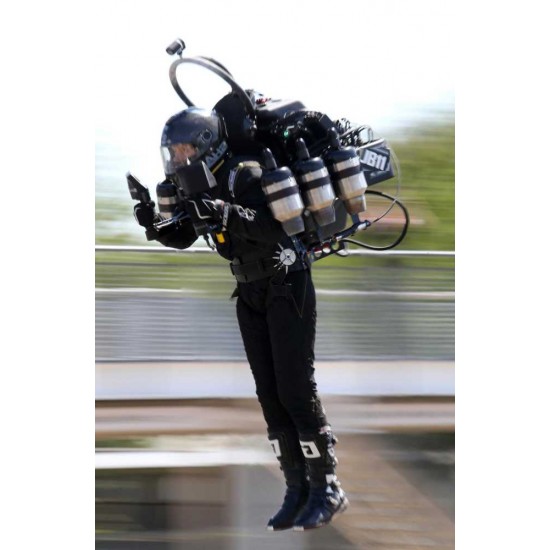 Jetpack JB-11
This product qualifies for free shipping
This block is set to appear automatically on products above a certain price, which may qualify for free shipping or other perks.
The JB 11 is powered by six turbojet engines specially modified for vertical flight. Each engine produces approximately 90 pounds of thrust. A sophisticated engine computer balances the thrust between the engines and, in the unlikely event of engine failure, allows the pilot to maintain control and land. We design all computer hardware and write all the code ourselves.

The JB11 can carry a heavier fuel load and therefore has a longer service life than the JB10.
As for the JB10, the JB11 can operate in both the ultralight and experimental categories.

The jet engine is a miracle!

Lift
Our jetpack is powered by two of the smallest and most efficient jet engines available in the world. Each engine develops 180 pounds of thrust and runs on conventional jet fuel or diesel fuel. This technology is the key to making jetpacks a reality. Two specially modified jet turbine engines are controlled by a throttle timing computer to ensure that the thrust generated by each engine is controlled the same - a system under consideration. In addition, the two jetpack engines have a power-to-weight ratio of over 7: 1, offering 360 pounds. traction.

How it works
Our specially modified jet engines consist of a single radial compressor and an axial flow turbine stage. The motors have a built-in starter motor for starting and cooling. At maximum throttle, our jetpack motors can rotate at over 60,000 RPM or 20,000 RPM at idle speed. Exhaust gases exit the engine at a temperature of about 1300 degrees, which decreases rapidly as it mixes with cold ambient air. This process ensures that the pilot does not experience any discomfort in flight.

How to fly
Taking off and controlling our jetpack is made easier with our built-in flight stabilization technology. Our proprietary control systems have been designed to automatically correct for changes in fuel load during flight. This integrated stabilization and control system allows for easy control of the jetpack, providing incredible maneuverability and maneuverability. Fully developed in-house Advanced Computer Pilot Information Display provides the pilot with all the information he needs. The left stick controls rotation. The right stick controls the throttle and traction. Lean forward to move forward and gain speed. Lean back to slow down and eventually hover. Lean to the left and rotate to the left, or lean to the right to rotate.

Safety comes first
Imagine that you are carrying a tank of aviation fuel on your back. Making this experience safe was one of our biggest challenges. Our development team studied how the NASCAR racing industry solved this problem and we came up with a solution. First, we made the fuel tank body out of an incredibly strong material that will slowly deform instead of cracking. Next, our engineers added an inner bladder that outlines the inside of the tank to minimize the amount of air remaining in the tank when fuel is used. The bubble is also extremely durable and flexible, so it cannot burst if the tank hits the ground for any reason.

Buoyancy system
A specially designed automatic pressurization system can be added to the glider within 5 minutes for overwater flights. If, for any reason, the jetpack falls into the water, the buoyancy system will automatically inflate the heavy duty float bag within seconds.

Fits in the trunk
The pilot's backpack is equipped with a five-point harness with two quick release buckles for quick and easy access. The jetpack shoulders fold down for storage and transport in a small carrying case.