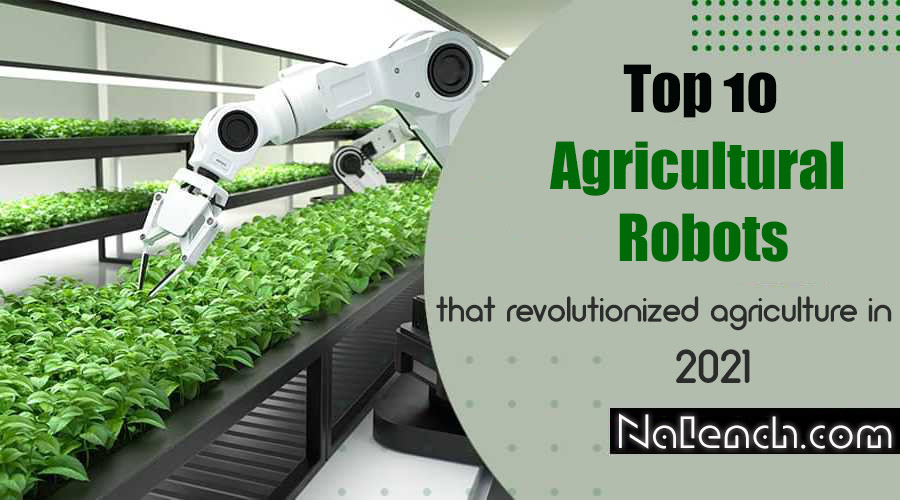 The growth of the global population has put agricultural companies in a difficult position. The drastic rise in population requires doubling agricultural production to meet the coming demand. They have to produce more food to satiate the dietary needs of the billions of people in the world. Crippling labor shortages threaten the survival of farmers in many countries. This need has caused farmers and food manufacturers to turn to robots and autonomous machines for the coming future. With the help of robots and these machines, farmers can track weather changes, precipitation, pest infestations, and many more. In this article, we have listed the top agricultural robots that are changing the idea of farming in 2021.

Ecorobotix: This fully autonomous drone is powered by the sun and also has a lightweight GPS tracker. The robot uses its complex camera system to target and spray weeds. Its precise arms enable the use of 90% less herbicide, making it 30% cheaper than traditional treatments. The machine can cover three hectares of land per day. The robot’s upper part is covered with photovoltaic solar panels that provide a steady energy supply. 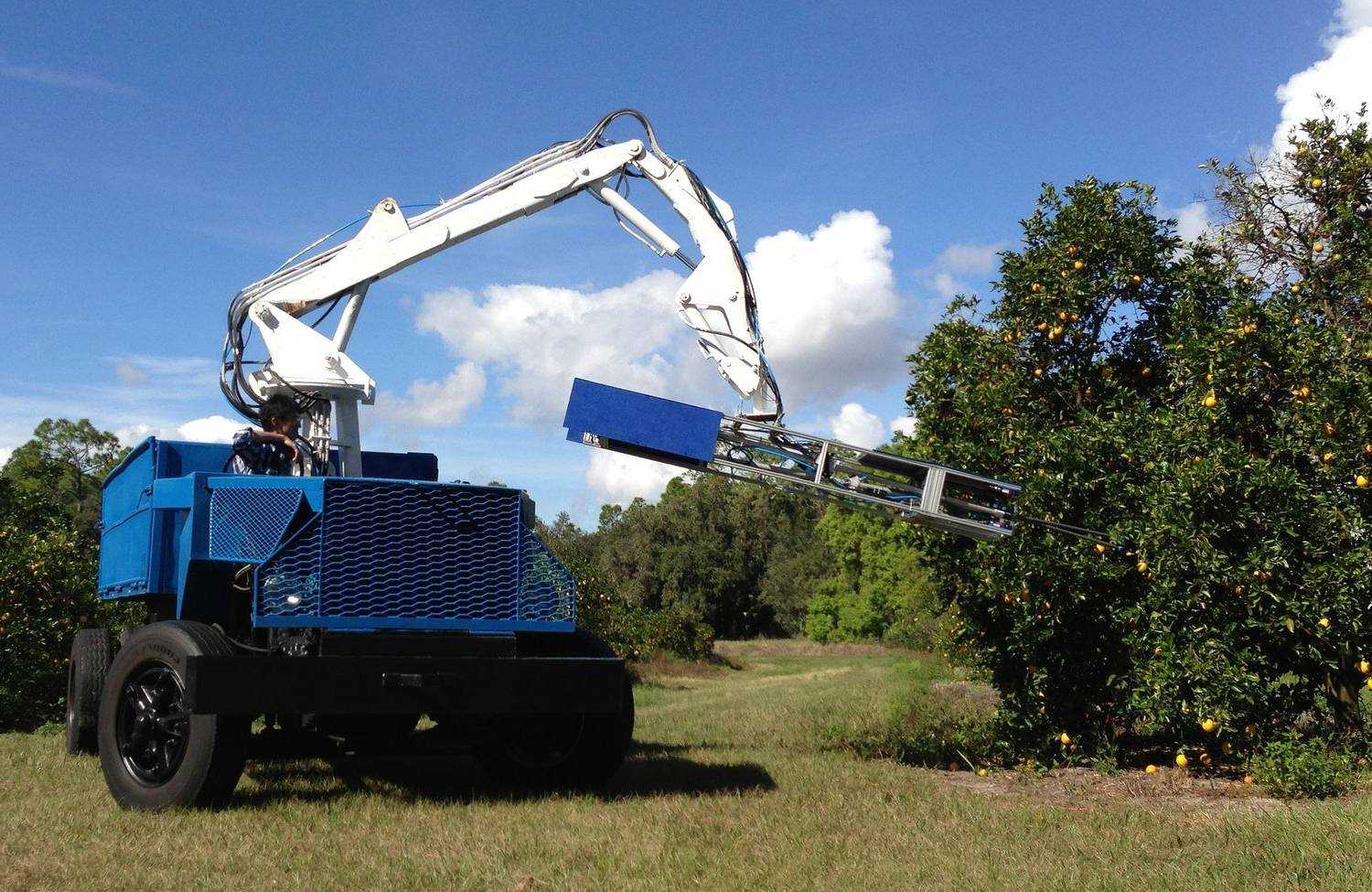 Energid Citrus Picking System: This robot is perfect for citrus fruits businesses. It is a robotic citrus harvesting system with costs that are comparable to that of human labor. The robot uses low-cost picking mechanisms organized into a grid. The gridded picking mechanisms are simple and efficient to use. The systems can pick a fruit every 2-3 seconds, making operations time-saving. 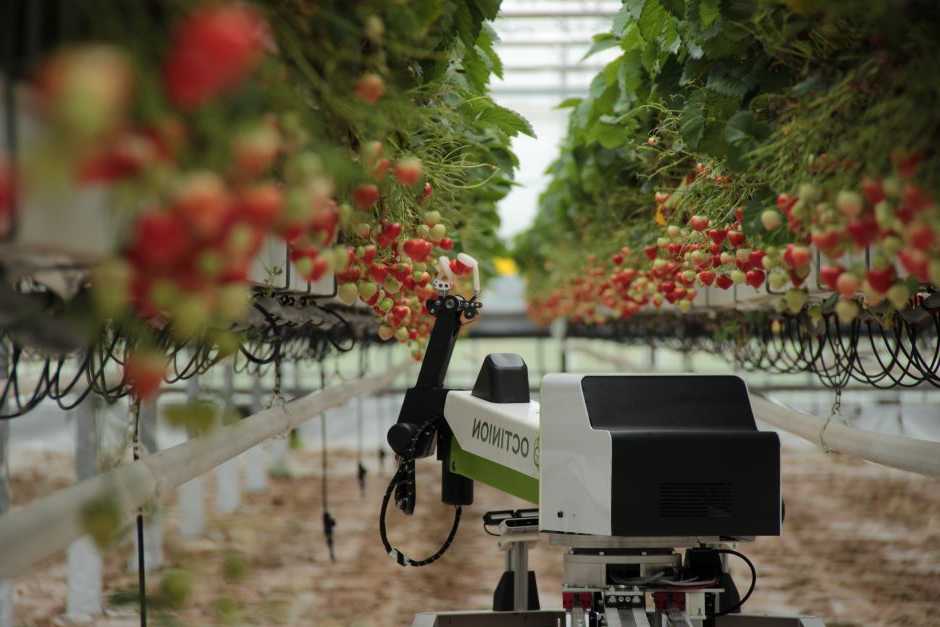 Rubion: A Belgium-based robotics company launched a fully autonomous strawberry picking robot called Rubion. The machine can navigate through greenhouses or agricultural tunnels and detect and pick up ripe strawberries. The fruit is picked without bruising, and then the system weighs the pieces and places them in the designated box. Rubion can also predict the next harvest by analyzing the crops and helping farmers to plan their operations efficiently. 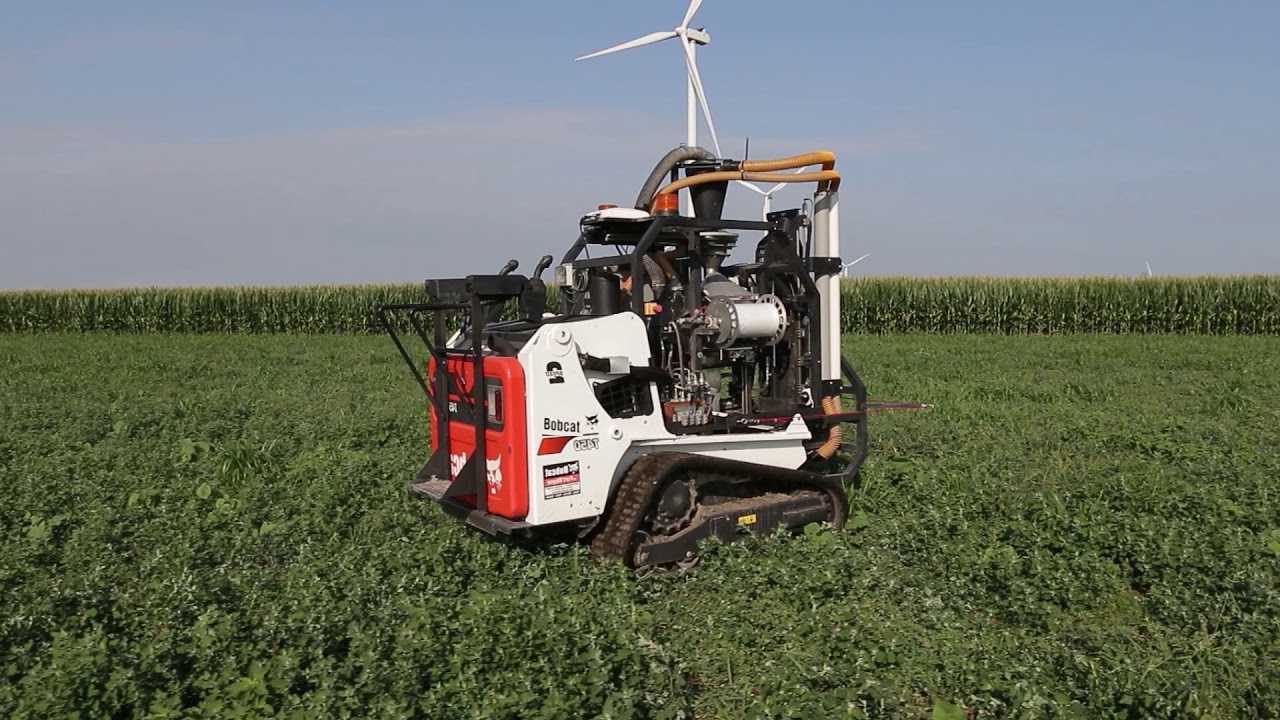 SmartCore: SmartCore is an autonomous robot that navigates the fields and takes samples from specific locations. The machine is steered by obstacle-detection algorithms and GPS to take samples from specific locations. Once the sample is taken, SmartCoire transports it to the edge of the field for shipment to a lab. Another major benefit of using this robot is that it uses a self-cleaning hydraulic auger to ensure the samples are accurate and shows the ground composition. 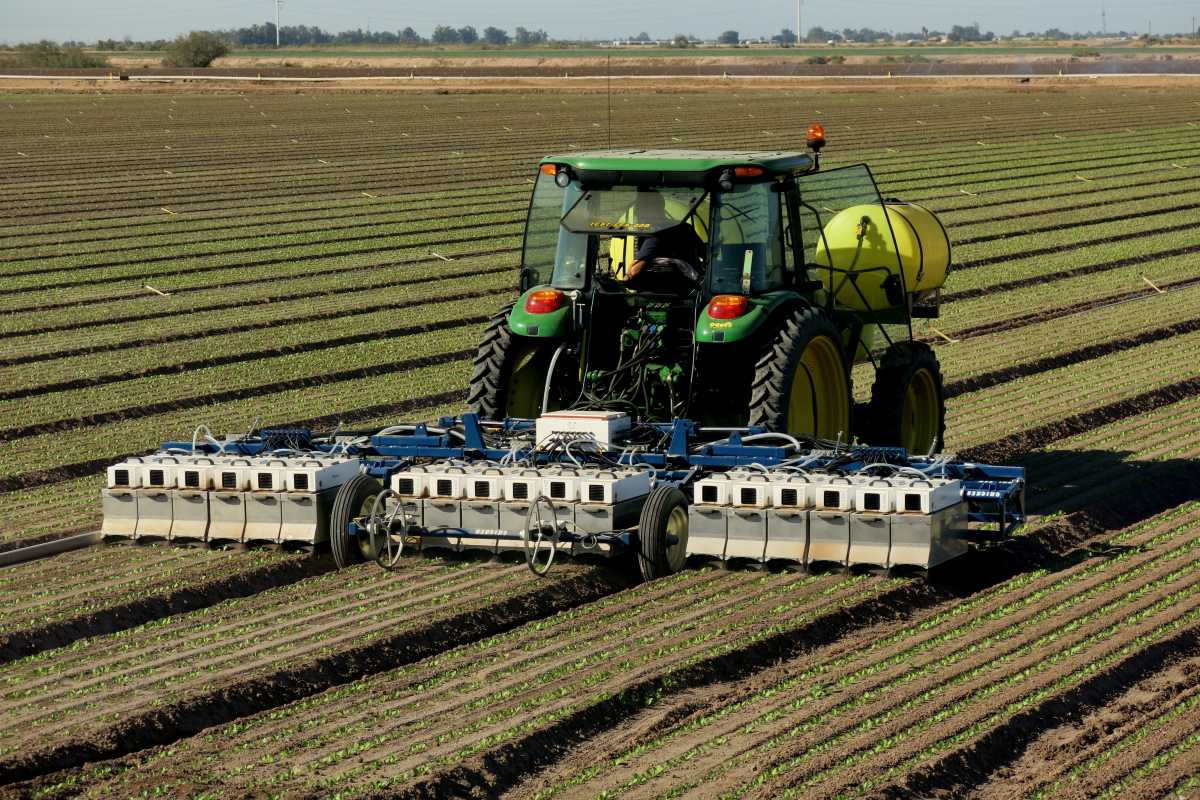 Blue River LettuceBot 2: It is a precision thinning system extensively used by lettuce growers. With its imagining system, the LettuceBot 2 is a popular tool in the agricultural world that attaches itself to a tractor to thin out lettuce fields and prevent herbicide-resistant weeds. Additionally, due to its precision, the farmers can use 90% less herbicide on crops. 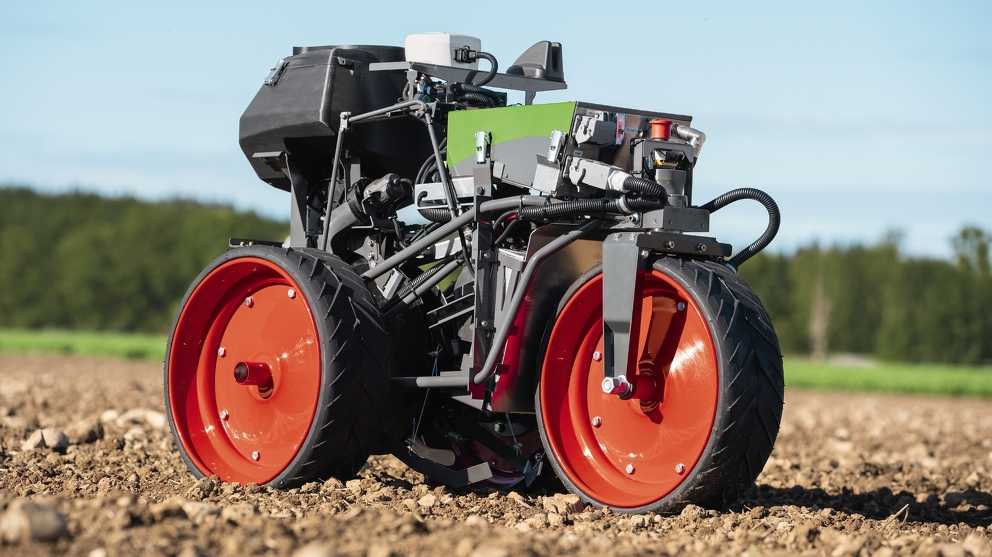 Fendt Xaver: It is a technology that enables farmers to deploy a swarm of small robots in a field, which are then directed to fulfill a particular task. The robotic system consists of several parts. It uses also satellite-based navigation to relay their exact position, helping operators to optimize plating operations. Fendt’s field robotic system is energy efficient due to its low weight and low-maintenance origin. 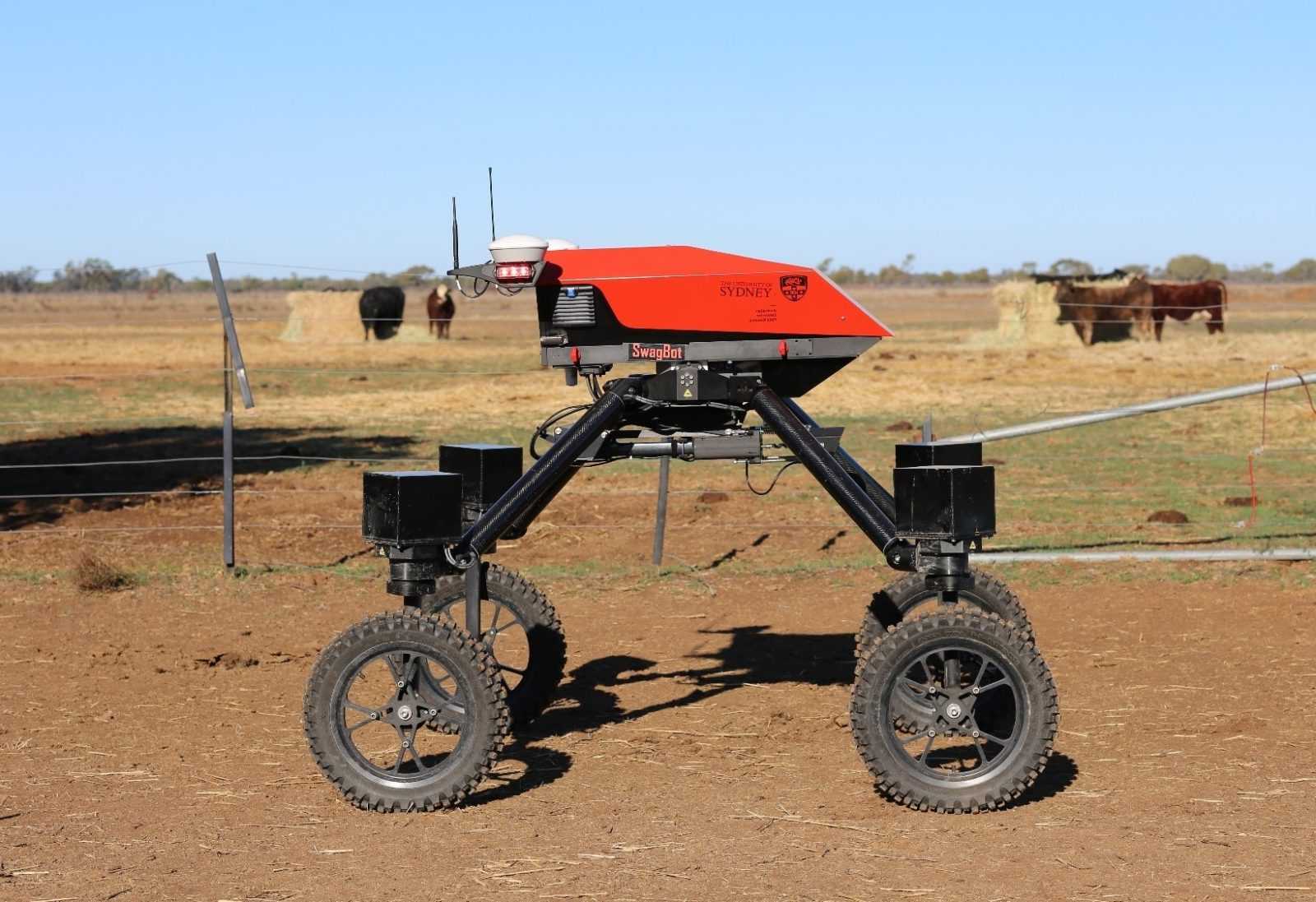 SwagBot: One of the key qualities of this robot is that it is operated by AI software that runs the machine instead of the previous remote-controlled system. It can not only identify and eradicate weeds but also of monitoring pastures and crops. SwagBot is specifically designed to fit the needs of smaller farms. 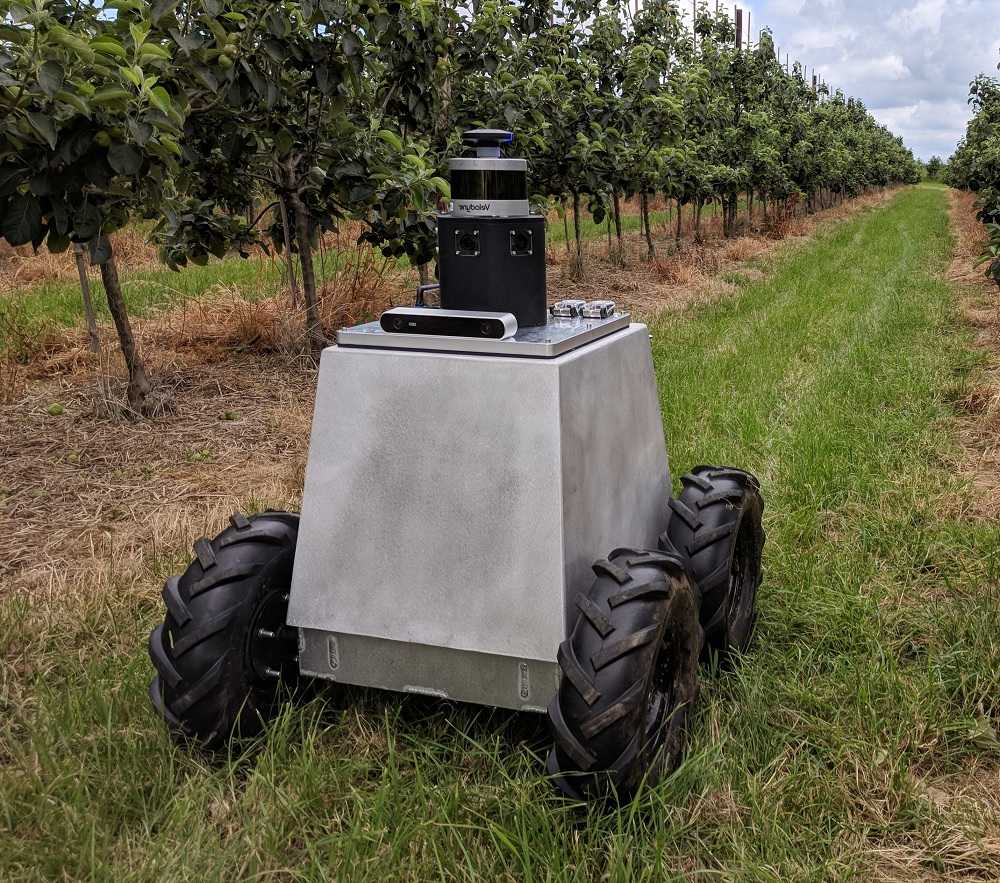 Mamut: Mamut is an AI-powered autonomous robot that maps and navigates the natural environment with a stereo camera, an AI system, lidar, and a compass. The device is equipped with inspection sensors and six 360-degree cameras, one of which is a multispectral imaging camera. Mamut moves through the farm to collect visual data and build maps to help farmers spot plant diseases, and also choose the optimum time to harvest. 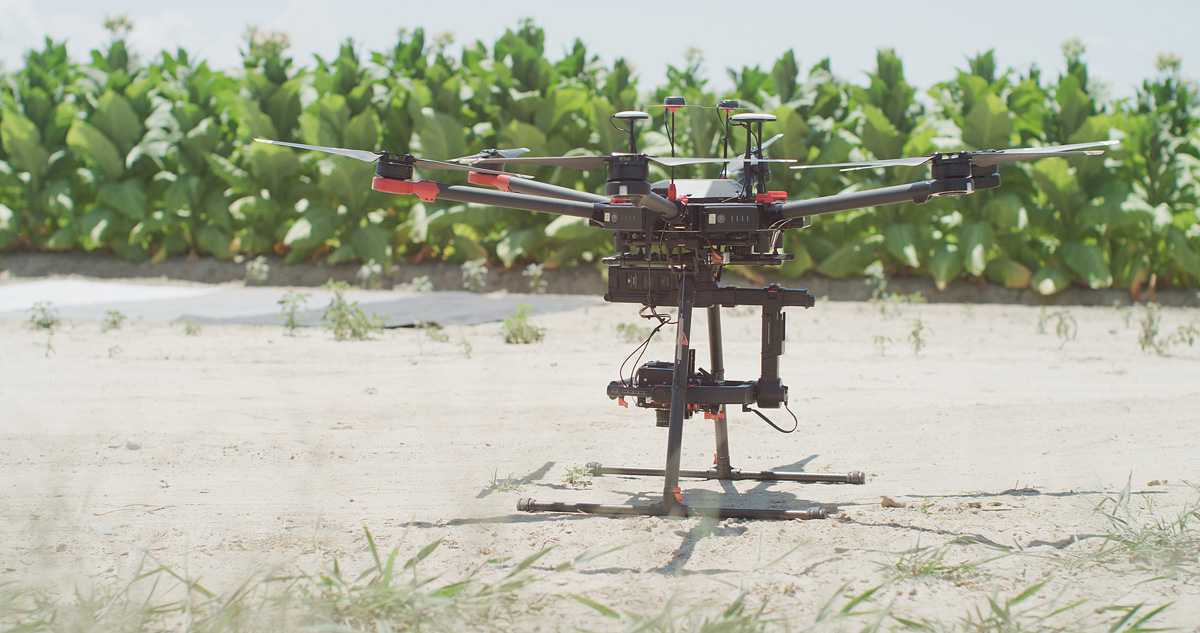 PrecisionHawk: The PrecisionHawk UAV systems are accompanied by remote sensing technologies, and advanced data analytics to improve business operations and day-to-day decision-making. Its drones are capable of ariel photography and agricultural mapping that helps the farmers to fulfill their crop scouting needs.

FarmWise: FarmWise is an autonomous robot that uses AI-controlled mechanical parts to remove weeds. The machines rely on deep learning algorithms to spot their target and avoid harming plants. The machines can operate without the use of herbicides, helping farmers meet customer expectations.

This is beau a professional blogger i really appreciate the kind of post here. Thanks for sharing us a great information that is actually helpful. Good day!!!

I came to this site with the introduction of a friend around me and I was very impressed when I found your writing. I'll come back often after bookmarking!

Hello “Admin", I read your article about "Jaipur: Tourist Places in India," which is impressive. I can't say how much I love to read it, your information is 100% original, and I appreciate your work. I am also a travel writer and provide information about travel and places.

Hello "Owner", I found your article, "TOP 10 AGRICULTURAL ROBOTS OF 2021," to be very interesting and informative. Your content is completely unique, and I admire the hard effort that you put into this. I simply cannot express how much I like reading it. In addition, I am a Travel Writer, therefore I can supply information regarding trips and locations.