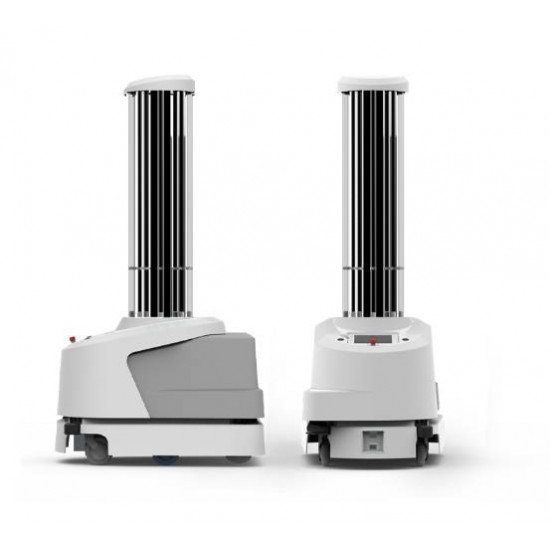 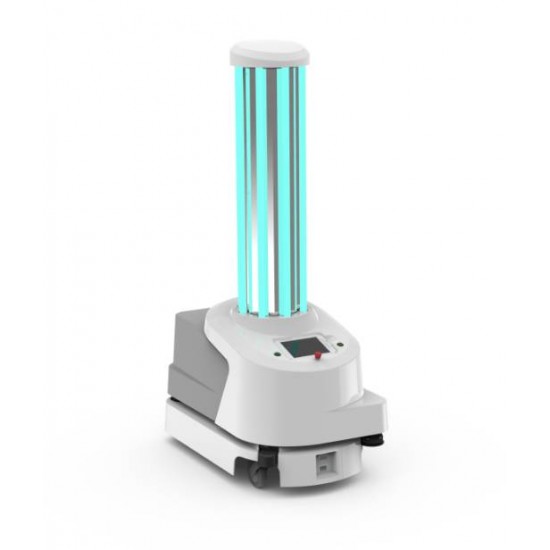 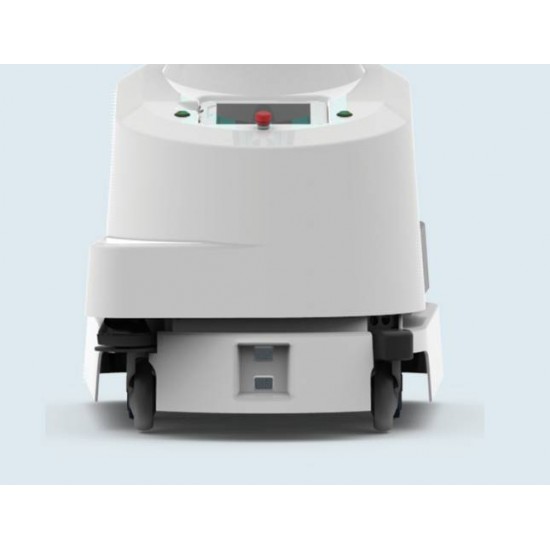 Robot UVD Robots
Robots UVD ROBOTS® 2nd GENERATION MODEL B
This robot has been designed for disinfection in hospitals, including operating theaters, patient rooms, corridors and large areas, if the distance and disinfection time are sufficient to reach all target areas. Model B is reliable and designed for disinfection of large areas such as airports, warehouses, etc. Model B has been independently tested and proven to be highly effective in reducing harmful pathogens.

UV LIGHT
Our UVD Robot ® disinfects small and large areas just by driving by. Depending on the exposure time, the UVD robot can kill 99.99% or more of pathogens such as MRSA, C. diff and CPR / CRA. It disinfects all environments that potentially harbor dangerous microorganisms.

UV-C light is very effective against most types of bacteria and viruses and, if used correctly, can be gentle on surfaces.

AUTONOMOUS
The germicidal properties of UV-C light at close range are well known. However, the laws of physics create obstacles that call into question the use of ultraviolet C light as a disinfectant in larger areas: shadows and distances.

The inevitable problems of using UV disinfection, governed by the laws of physics, create the need to reposition the handheld UV device many times.

Only with autonomous UVD Robots ® can you be sure to irradiate all surfaces within a given area with sufficient UV-C.

SECURITY
Robot sensors will detect if someone enters the disinfection room and immediately stop disinfection.

The safety system will be triggered if the operator manually brings the robot too close to a wall, person or other object more than 15 cm high. If this happens, the robot's front and rear sensors will cause the robot to stop before striking the object.

EASY TO USE
The robot is controlled with a simple step-by-step guide.

The autonomous drive system allows operators to easily call the robot through the tablet and send it to the desired location during initial cleaning.

POWER
The UVD® robot is powered by Li-MNC batteries, giving you the ability to disinfect large areas such as airports, supermarkets, conference rooms and multiple patient rooms.

It comes with a docking station that the UVD robot finds itself when it needs to be recharged. To ensure that it is fully charged and ready for the next disinfection, this saves time as it does not require operator intervention.