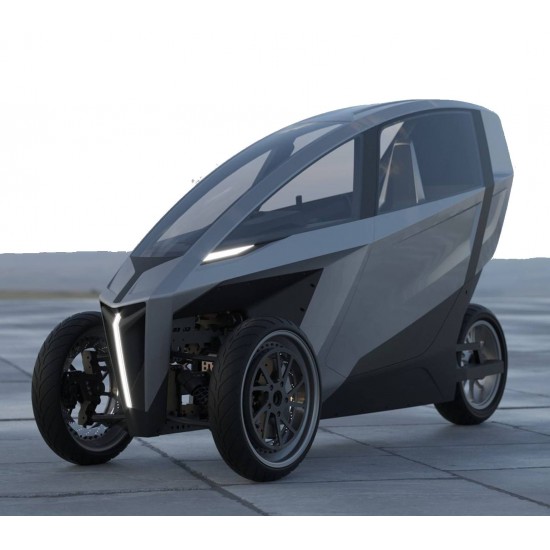 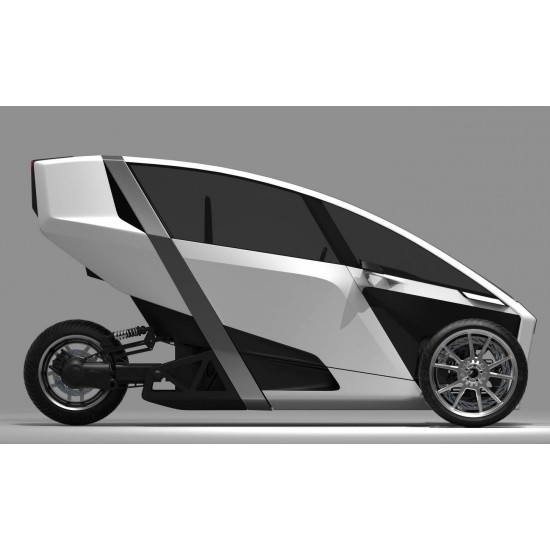 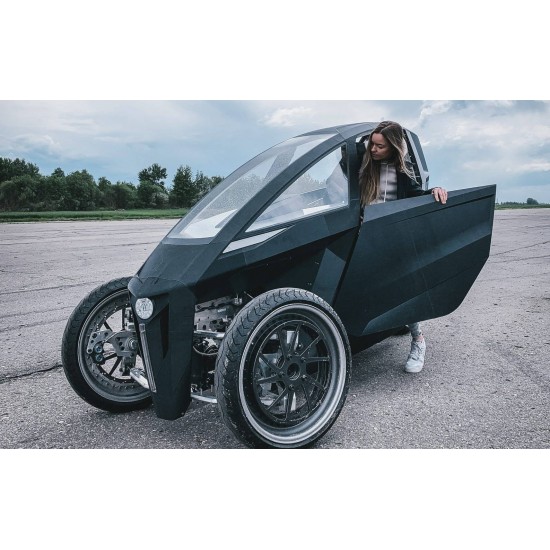 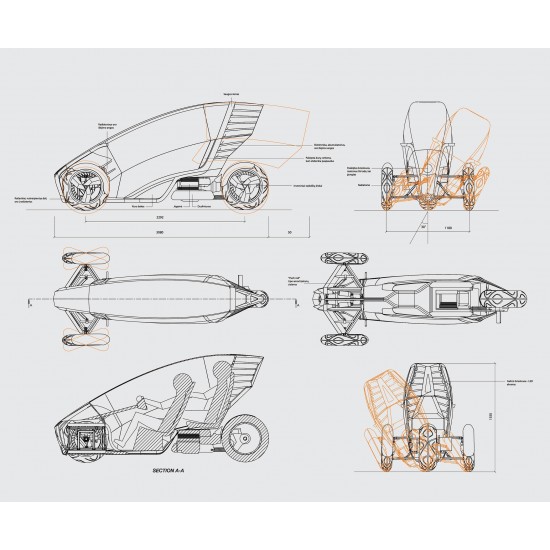 Electric Tricycle AKO Trike
This product qualifies for free shipping
This block is set to appear automatically on products above a certain price, which may qualify for free shipping or other perks.
Electric Tricycle AKO Trike - For anyone unfamiliar with this concept, a tricycle is an "electric tiltable inverted tricycle".
"The concept of this trike was to make the ride as natural as possible, but at the same time unusual."

So what's so special about it?
If you prefer numbers, its target range is 300 km, powered by a 24 kW battery and a peak power output of up to 200 kW. But the power is not in what makes it interesting, but in how it moves. It's almost like "maneuvering a small plane."
Its main feature is that it tilts like a normal motorcycle when cornering. With installed airbags, four-point seat belts and storage space, the trike also offers the comfort of the vehicle.
With the passion of a motorcycle and the safety of a car.

In addition to being the best in both motorcycle and car performance, a motorcycle also rides at a low environmental cost. "Sustainability is no longer about electricity." Electricity isn't the only feature that makes a tricycle safe for the environment. It is a combination of compact size, seat-to-weight ratio and agility on the move, making the tricycle a much more stable replacement for the regular car.
All-round customer appeal, futuristic shape and innovative engineering approach put the motorcycle under the radar of the automotive industry in 2021.