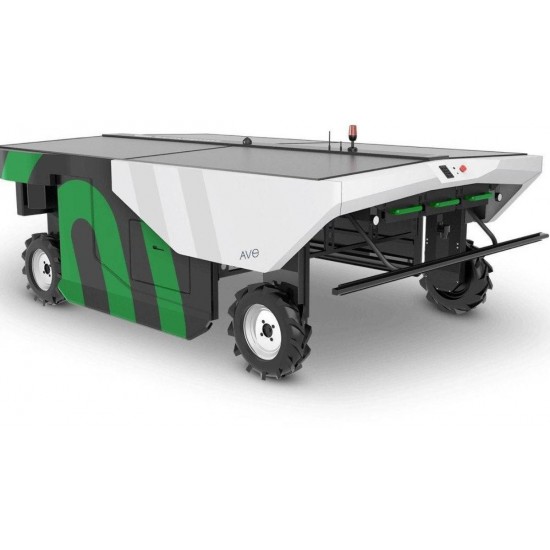 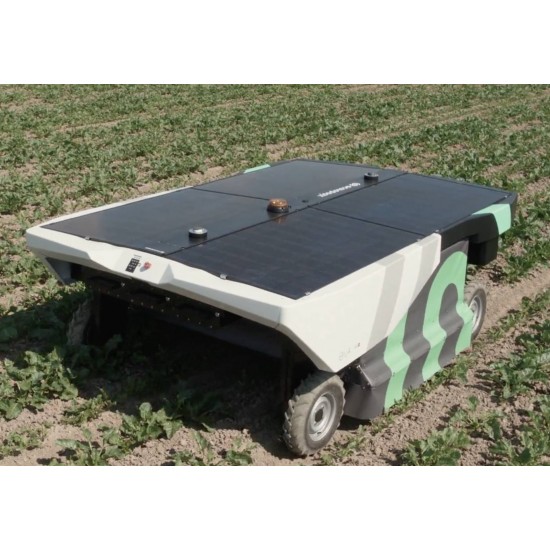 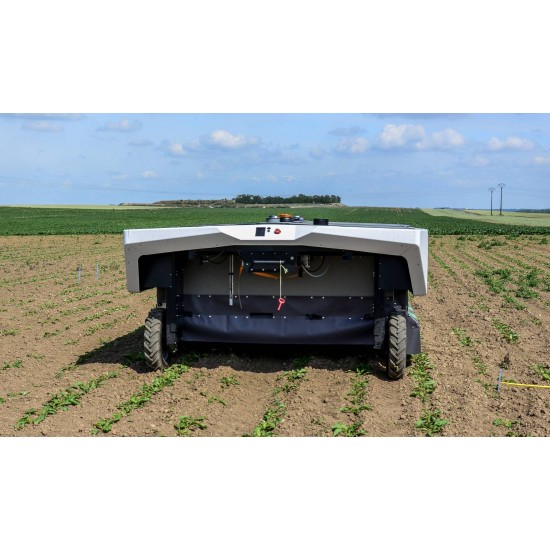 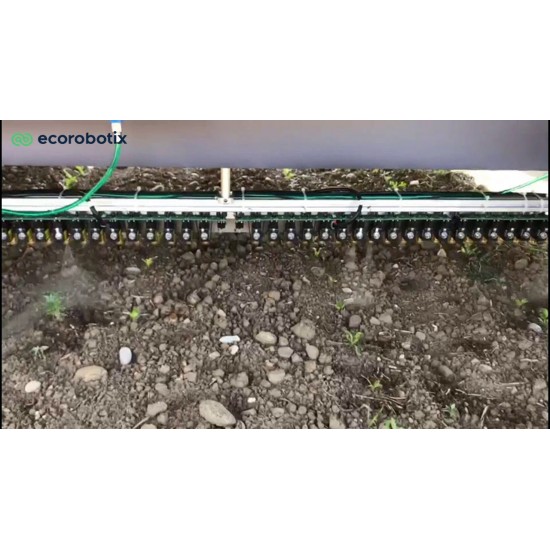 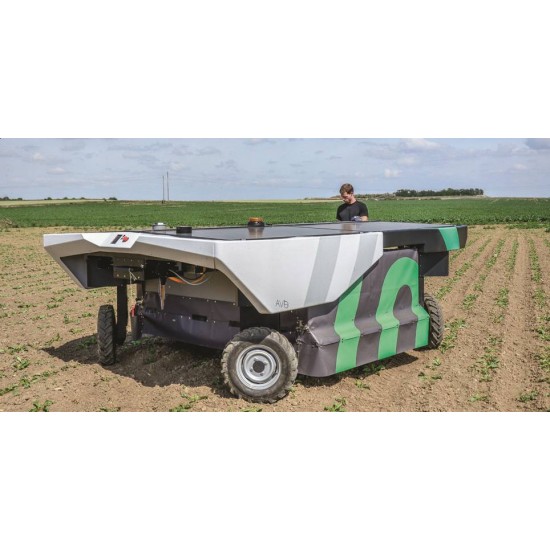 Autonomous robot for weeding AVO ecoRobotix
Autonomous robot for weeding AVO ecoRobotix performs autonomous weeding operations on level fields and row crops. Using advanced machine learning, the robot detects and selectively sprays weeds with micro doses of the herbicide. Detecting and spraying with centimeter precision reduces the amount of herbicide used by more than 95%, while ensuring that crops are not sprayed to preserve the crop.

AVO works completely autonomously and is powered by solar energy and rechargeable batteries. The user can enter information about field boundaries and crop lines in the programmatic user interface. The system then generates a navigation path based on field constraints and user input. By combining GPS RTK positioning and visual navigation, AVO navigates with a high degree of accuracy, ensuring minimum crop rollover.

The all-wheel drive system allows the robot to overcome obstacles and work on slopes, which are usually found when growing crops. All four wheels can be steered independently for high maneuverability and a short turning radius to minimize incurable field areas.

Thanks to the AVO speed, a standard output of 0.6 ha per hour can be achieved. The robot can also work at night, further increasing its daytime productivity. Depending on sunlight, battery power and terrain conditions, the robot can handle up to 10 hectares per day (including night work).

ANNUAL USE DIAGRAM
FROM MARCH TO APRIL Elimination of perennial weeds in meadows (for example, rumex) and in inter-row fields
FROM MAY TO JUNE Weeding sugar beets and green beans *
FROM JUNE TO AUGUST Weed control in meadows (for example, rumex), as well as in inter-frame fields and beans
SEPTEMBER TO OCTOBER Weeding of rapeseed * and removal of perennial plantations in meadows (eg rumex) and intercorporate crops
* Other crops are under development and will be added with new software updates. For example spinach, onions, salads.