"Making ecology accessible to all, for a real impact on our planet."​

MDI is developing an innovative production concept : small units spread across the globe enabling the required integration of functions and research. This concept comes in tandem with high technology based on compressed air. It caters for a wide variety of applications, for vehicles using light, composite materials that are made to measure and sold at the right price at their place of construction.

TATA Motors has acquired the exclusive license for MDI motor technology, for the territory of India. This license covers all possible applications of compressed air motors. Having successfully tested MDI motors on their own vehicles (in India and France) TATA Motors has initiated an industrialisation programme.

To reach its goals, MDI has incorporated a group of companies. Founded in 1991, MDI SA, based in Luxembourg, heads the group. It has acquired the intellectual property rights from Guy NEGRE, holds and maintains the portfolio of patents and oversees the various subsidiaries among which is an R&D facility located in the south of France as well as several companies focussing on the successful running of its production concept.

As things stand, a single team is responsible for all of the areas of our work, and operates within the different group entities. Experiencing rapid expansion, particularly given the implementation of the production model unit, MDI is expecting to expand its workforce between now and 2020 (including: managerial executives, engineers, sales team, trainers, Heads of production, quality inspectors). 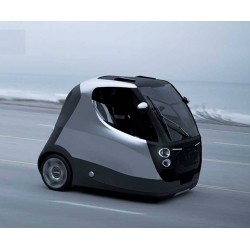 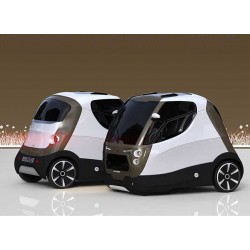 Brand: MDI
Air vehicle AirPod 2.0
Maybe the car of the future will travel through the air? Either way, that's what MDI is offering with AirPods 2.0, an air car that drives without a license!Progress cannot be stopped! And from the point of view of ecological vehicles, the new car is very strong! We knew the electric car, the hydroge..
$10,500.00
Ex Tax:$10,500.00
Add to Cart
Add to Wish List Compare this Product
Buy Now Ask Question
Showing 1 to 1 of 1 (1 Pages)